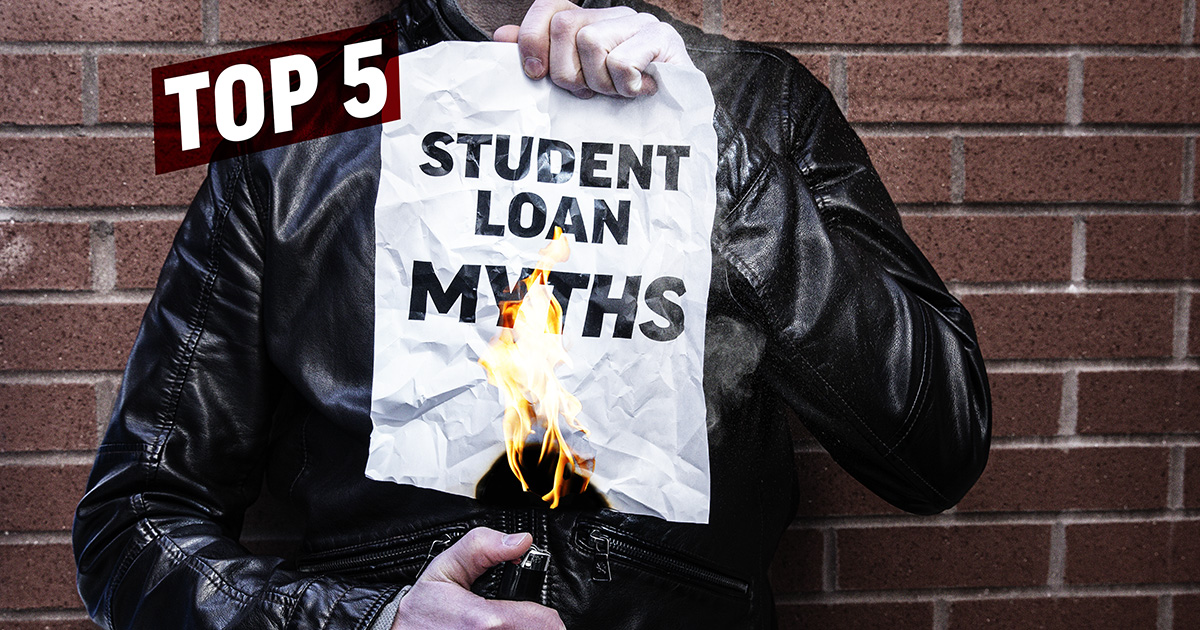 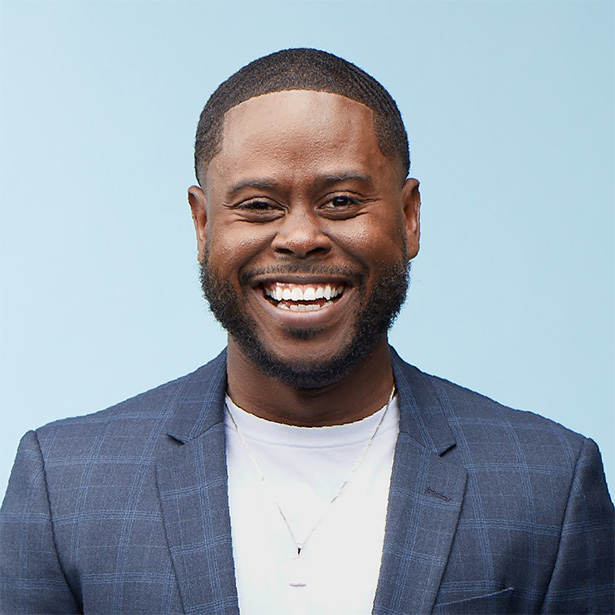 Y’all, there are a whole bunch of myths about student loans that we need to take a second to debunk right now. It’s time to call the student loan industry out on its crap so you can have a healthy financial future. I’m sick and tired of seeing students losing their freedom, stability and peace of mind to one of the biggest lies in our culture today.

So, let’s get right to it. I ain’t messing around.

Myth #1: Student Loans Will Be Forgiven

When you’re trying to figure out how to pay for college, this is how a typical thought process might go: I’m desperate. I need to take out loans to go to school because that’s the only way I’ll be able to afford it. But it’s cool—I’ll be able to get them forgiven later.

You guys, I hate to break it to you, but it’s not that simple. Anytime you have to rely on the government for anything, prepare to be disappointed (or at least super confused).

Student loan forgiveness is a pretty sketchy system, considering the fact that there are a ton of fine-print requirements that are constantly changing. Way too many people work in low-paying public service jobs for up to 10 years—because they were told that’s how they could get their loans forgiven—only to find out that they don’t qualify after all and wasted a whole bunch of time. Truth is, as of March 2019, less than 1% of people who applied for student loan forgiveness actually got their loans forgiven.1 People have even been granted forgiveness, only to get denial letters after the fact.2 Shadyyy.

Keep in mind, the lenders aren’t really interested in helping you with your student loan debt out of the goodness of their hearts (wouldn’t that be awesome?). If there’s money in it for them, they’re going to try to find a way to keep you stuck in that system—and that involves changing the requirements for forgiveness on a whim.

So, if you’re trying to figure out how to pay for school, a better mindset would be, Okay. College is freaking expensive. How can I find a way to pay for it without student loans so I won’t be in debt for the rest of my life? The student loan industry wants you to believe it’s impossible, but I promise you, it’s not.

First, let’s talk about what an income-driven repayment plan actually is: a plan that bases your monthly payment amount on your income and family size. It’s marketed as an easier, more convenient alternative to a standard repayment plan, but personally, I think it’s a load of crap.

Let me tell you why. There are a few different income-driven plans out there—all requiring a monthly payment of about 10–20% of your discretionary income (that’s income before taxes are taken out). Most repayment periods for income-driven repayment plans are 20–25 years. Y’all. Do you want to spend 20 years of your life giving 10–20% of your income to the government every month while they’re making money off the ridiculous amount of interest you have to pay? Heck. No.

No matter what kind of repayment plan you have, your student loans are still debt, and you need to find ways to get intense and pay them off ASAP. Plus, just like student loan forgiveness, there are all kinds of shady requirements and loopholes for these plans that you can read about on the Federal Student Aid site. But save yourself the time and energy, and instead put that energy into paying off your student loans quickly.

Student loan deferment is what happens when you temporarily don’t have to make payments, but you may or may not still be responsible for interest, depending on the type of loan(s) you have. But it’s not available to everyone. There are only a few different ways to possibly qualify for deferment, including if you’re on active-duty military service, serving in the Peace Corps, or on welfare.

But even if your request is granted, the loan doesn’t go away. Deferment is basically saying you’ll deal with it later. That could end up hurting you more in the long run, especially if you still have to pay interest.

If you took out multiple student loans, you might’ve heard that refinancing and consolidation are ways to get more manageable payments. They’re similar concepts, but they have a few key differences.

Student loan consolidation is the process of taking all of your different loan payments and turning them into one big payment. It also takes the weighted average of your interest rates on your loans and rolls them into one. But only federal loans can be consolidated for free through the government.

I only recommend consolidating your student loans if:

Refinancing is different from consolidation in that it deals with private loans—or a combination of federal and private loans—and you have to find a private lender or company to do this for you. They will then pay off your current loans and become your new lender. And at that point, you’ll have a new rate and new repayment terms.

Again, only do this if you get a lower interest rate and there’s no cost involved (but since you’d be working with a private lender, there probably would be).

Remember: The best question to ask when you already have student loan debt is not “How can I get more manageable payments,” but “How can I destroy this debt as fast as possible?”

Y’all, I get so sad when I hear young people talking about how they believe they’ll be paying off their student loans until the day they die. It does not have to be that way.

I’ll be real with you—there’s no quick and easy fix to your student loan problem. At the end of the day, you chose to borrow the money, and you agreed to pay it back. But you have the power to take control of your money situation. You’ll have to work hard, change your lifestyle, and say no to stuff when you don’t want to, but you can attack this debt and get it paid off way faster than you could on any repayment plan.

I did it—after being thousands of dollars in debt and living in my car as a nineteen-year-old—and you can do it too.

You can use my Student Loan Payoff Calculator to calculate how quickly you can pay off your loans by making extra payments. You can do this!

And if you’re working on paying off your loans and need some extra motivation along the way, sign up here so I can drop some encouragement in your inbox (but don’t worry, I won’t spam you—ain’t nobody got time for that).

Want to join the family?

Enter your email below and I’ll drop some encouragement in your inbox—plus you’ll be the first to get the latest news and free resources.